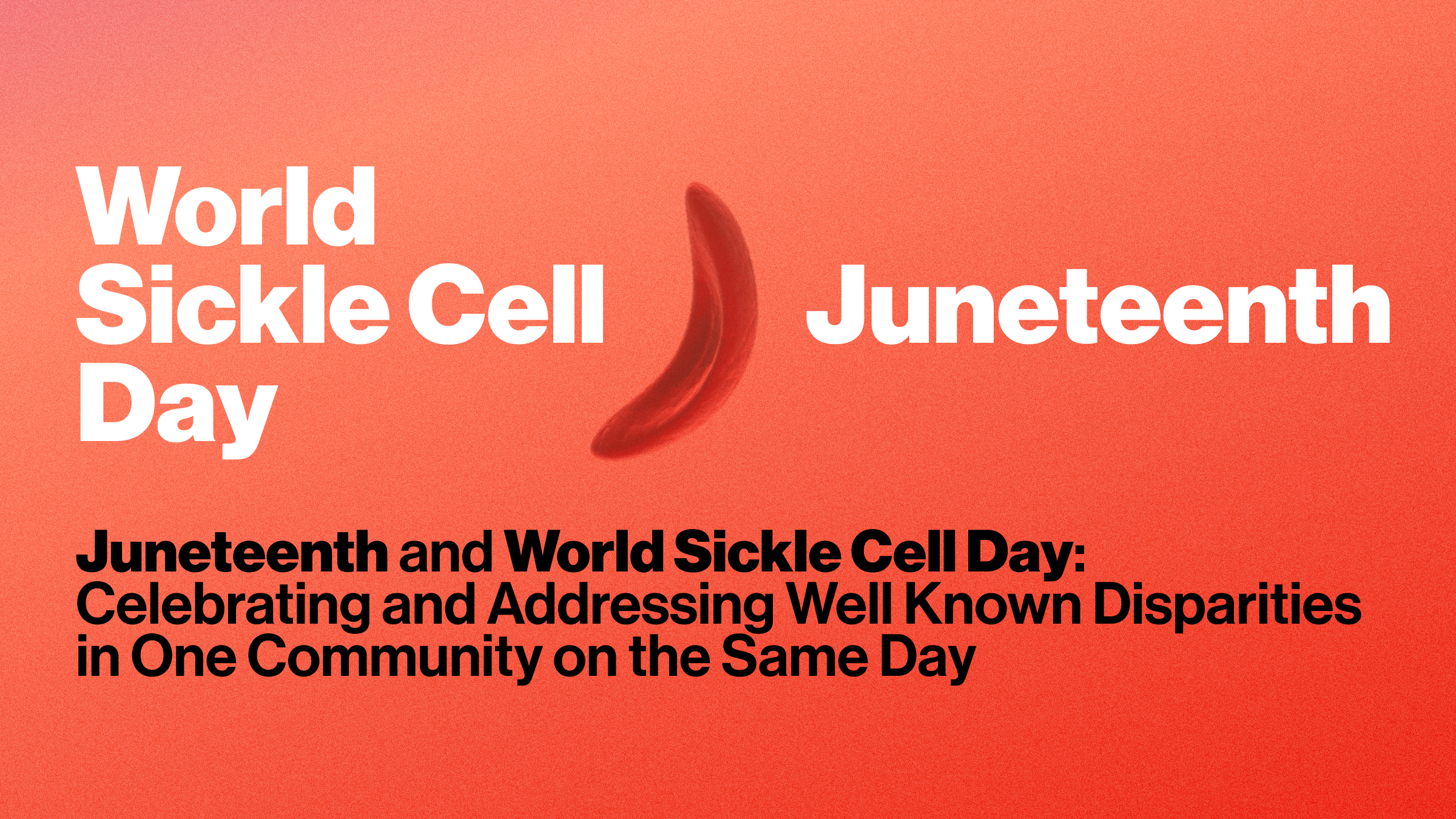 Both Juneteenth and World Sickle Cell Day are celebrated to acknowledge the longstanding history of disparities experienced within the same community, while finding concrete solutions to address these challenges.

Today marks the one year anniversary of Juneteenth becoming a U.S. federal holiday. Coincidently there is another observance on June 19th that we find equally important – World Sickle Cell Day.

There is often a division that fabricates when something of importance to you appears to be challenged. Lines are drawn and choices must be made. This or that.

In the past when Juneteenth and World Sickle Cell Day occupied shared spotlights on June 19th, the sickle cell community was met with opposition from Juneteenth enthusiasts, most notably in the comment sections of large social media accounts that posted about World Sickle Cell Day – instantly, it seemed they became rivals. Scrolling through snippets of discontent and allusions to how the highlight of one took away from the other.

Sickle cell disease is a blood disorder that produces fragile and misshapen red blood cells that cannot carry oxygen effectively throughout the body, wreaking havoc wherever blood flows, and causing an unreal indescribable pain. Sickle cell trait is not the disease, but in simple terms it is the presence of a sickle cell gene that too often devastates new parents when they unknowingly pass it on, resulting in their beautiful baby battling this painful lifelong condition.

Perhaps both communities have even more in common than what appears on the surface. Since its discovery, sickle cell has been that neglected disease. That black disease. That disease they thought was already cured. Meanwhile, over lifetimes and shortened lifespans, the cries of individuals battling sickle cell disease are trivialized and hushed. The lives of these warriors are degraded with apathy and discrimination. Suffering black bodies that are disregarded simply because they’re black. This has to sound familiar.

Both histories intersect in an 1846 case study which described the absence of a spleen (a common sickle cell complication) in the autopsy of a runaway slave; undoubtedly one of the first descriptions of sickle cell before it was given a name. An enslaved captive, battling sickle cell disease. Trying to escape that pain. Fighting for emancipation.

Why not both? Both deserve equal attention because the reality is those who celebrate Juneteenth and those impacted by sickle cell are the same community – the black community. With shared histories, shared experiences, and shared ancestries, if you can support one, it’s incredibly easy to support the other.